If you use Netflix, then know about these 5 special features. 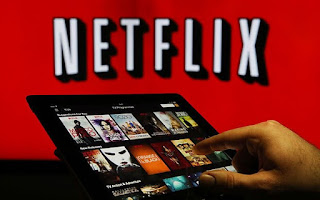 Internet Entertainment Service Netflix has been quite popular in India for some time now. In 2016, Netflix started its service in India. Especially since ” Sacred Games “, its subscription seems to be growing in India. Not only this, but Netflix is ​​also serious about its prejudices in India. Many series are being made for India and many series are being streamed.

Netflix also announces 22 Original Films for India along with 11 Original Series. We’ve told you about Netflix’s subscription before. For the Developing Nations, Netflix has also started testing some of the new cheap packs.

We let you know about Netflix’s five features. If you use Netflix, it will be very beneficial for you.

1. Offline – Many of your users will be aware of this feature. But do not know who can not tell them that you can use Netflix offline too. Many times you want to watch the series on the flight or at a place where there is no Internet access. In this case, you can download the Netflix series. Smart Download is a new feature under which the next episode of a series will be downloaded by itself and after you see it will be deleted by itself.

2. Suggestions – Netflix has been designed in such a way that it shows content according to the interests of different users. That is, the kind of shows you like, see and the shows or series of such scenes will be shown. Apart from this, you will also be told about new shows.

3. Instagram Sharing – Instagram is rapidly populated. Netflix has introduced a new feature. This feature is for Android and iPhone users. Under this feature, users can share the movie or series titles directly seen in Netflix as Instagram Story. With this, using custom arts and captions can make it even more interesting. Here, a link to Watch on Netflix will also be shown that other users can also click.

4. User Profiles – You can create 5 different profiles from all Netflix accounts. These include a kid’s account. Every profile can also be customized in terms of users. These customizations are made from their watch history, which we have told you above. In such a situation, if you share your account with anyone, there will be no effect on your profile.

5. Subscription – Netflix subscription is currently available in India with an initial price of Rs 500. This is for a month. Under this subscription, you can watch Unlimited Series, Film, Comedy, and Documentaries. However, they will be able to look at Rs 500 only on one device. For two devices, you will have to pay 650 rupees every month. While looking at Netflix together on four devices, you have to spend 800 Rupees.

SONY will be no longer to launch their smartphones in India

5 special features for whatsapp users in 2019