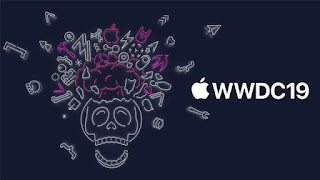 Apple’s Annual Developer Conference (WWDC 2019), a US company, has begun today. This event will last until 7 June in California. Like every year, the company is also in the process of making big announcements on iOS, macOS, watchOS, and tvOS. On the first day of this event, the company made several announcements like the new iPadOS, iOS 13, standalone watch app. In this post, we are giving you information about these big announcements made in WWDC 2019.
Mac Pro and Apple Pro Display XDR: The company has redesigned its 2017 Mac Pro. The price of its base model is $ 5,999 which comes with 8-core Xeon CPU, 32GB RAM, 256 GB storage and AMD Radeon Pro 580X GPU. At the same time, the price of its high-end confi- cation has not been announced yet. Also, the 32-inch HDR display is also offered. Its panel comes with 6016×3384 resolution. It has been introduced with a superior viewing angle, etc glass, and large blue LEDs. It supports the 1600 Nits Peak. By purchasing Apple’s new Mac Pro with this monitor, users will have to shell out $ 12,000 (about 8,28,720).
MacOS Catalina: New versions of MacOS 10.15 or iTunes Replacement Dub Music in Catalina, Podcast App, which can easily be found, and Dolby Atmos-Dolby Vision support is available with Apple TV. There is also a new app, Sidecar, which allows the iPad to be used as a second display. Also, voice control is also available. Apart from this, features such as Activation Lock and Find My Comes are also available to lock MacOS. A new framework for SWIFT programming language has been made to make programming easier.
A new operating system for iPad: The company wants to provide better quality on the big screen by introducing a new operating system for iPad. This allows you to pin the widgets on the home screen, better multitasking interface and the app’s own multi-window. According to the iPad’s display, Safari’s desktop site has been resized according to its display.
iOS 13: Now will be a dark mode in iPhones. Also, Safari, Mail and Notes will be updated. But the remainder will get the biggest update. Apart from this, Maps will be provided with more detail at the end of 2019. HomeKit security will also be improved and Apple has also started a HomeKit-in-routers partner program. Photos will provide many updates, including Portrait Lighting effect. Through AirPods Siri is able to reply to your message and reply.
Apple Watch and Watch OS 6: Has added voice memo and calculator. It has been introduced with Gradient Face, Digital Face, California Dial and Solar Face. The Apple Watch app store will be made available on your device so that you will be able to browse and purchase and install in your watch.
Apple WWDC 2019

5 special features for whatsapp users in 2019