Honor 20 and Honor 20 Pro Specifications and Price in India 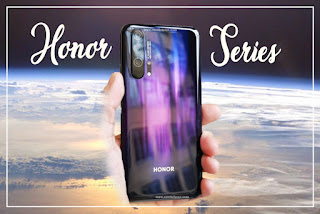 China’s smartphone company Huawei’s sub-brand Honor has launched two new smartphones. The company took the curtain from ” Honor 20 Pro “ and ” Honor 20 “ in the event organized in London today. Apart from this, the company has also launched the Honor 20 Lite which had already been introduced in Malaysia. All these smartphones have a USP, their superb camera.
Both Honor 20 Pro and Honor 20 have been introduced with dynamic holographic design. On the back of the phone, there is an on-screen front camera for the quad-camera setup and selfie.

AI Ultra Clarity Mode in Rear Camera Setup, AI Image Stabilization such as Artificial Intelligence based features have been given.

The phone has been introduced in 6GB RAM and 128GB internal storage. To give power to the phone, it has a 3750mAh battery, which does 22.5W Super Charges, which the company claims is that it can charge 50% for just 30 minutes.
Click on Link to Buy:- Honor 20

Advance Version Honor 20 Pro of Honor 20 is slightly different in terms of battery and camera. Similar to the Honor 20 Pro display and processor Honor 20. In this variant, the company has given the 8 megapixel telephoto camera instead of the 2 megapixel depth assistant camera given in Honor 20, which has an aperture f / 2.4. This camera is equipped with 3x loseless optical zoom, 5x hybrid zoom and 30x digital zoom.
In Honor 20 Pro, a 4000mAh battery is provided, which does 22.5W Super Charging Support. The company claims that its battery can be charged up to 50 percent in just 30 minutes. Smartphone phone comes with 8GB of RAM and 256GB of internal storage. 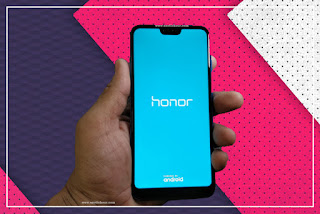 In addition to these two phones, the company has also launched Honor 20 Lite. This phone had already been launched in Malaysia. The phone has a 6.21 inch full HD + display, 4GB RAM and 128GB internal storage with the Octa-core Hyacilikan Kirin 710 processor, which can be expanded to 512GB via microSD card.
Talking about the cameras, a Triple Rear Camera Setup has been given in 20 Lights. The phone has a 24-megapixel primary camera with f / 1.8 spare, 8-megapixel ultra-wide anchor lens with f / 2.4 aperture and 2 megapixel depth sensor, which has an aperture f / 2.4. The phone also has a 32-megapixel front camera with f / 2.0 aperture for selfie enthusiasts. Inner 20 light coming with fingerprint sensor,
3,400mAh battery is given. For connectivity, the phone includes options like Face Unlock Support, Micro USB 2.0, 4G VoLTE, Wi-Fi, Bluetooth and GPS. 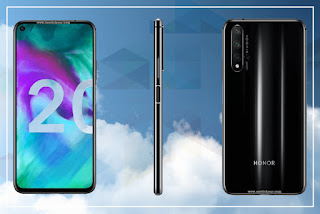 The company will announce the price of these smartphones in India on June 11. In India, they will be sold through Flipkart.

Apple has launched ipod touch 2019 know its Price in India

Redmi 8 has been launched in India: Know its Price and Features